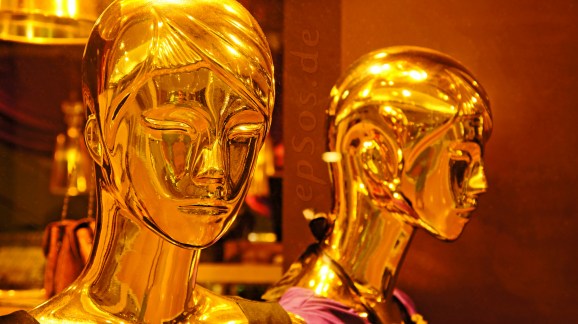 Before Reed Hastings cofounded a little company called Netflix, which is now changing the way we watch TV, he was an artificial intelligence engineer.

AI has come a long way since Hastings got his masters from Stanford University in 1988. But he still follows developments in the field closely. And during a conversation on stage today at the DLD Conference in Munich, Germany, Hastings said he was far less worried about looming threats of an AI-triggered apocalypse than are many other observers, such as Tesla’s Elon Musk.

“Some people worry about what happens when machine intelligence is too strong,” Hastings said. “That’s like worrying about our Mars colony and people being overweight on our Mars colony. We can deal with that later.”

He emphasized, rather, that machine intelligence is just beginning to be felt, through applications like Netflix’s recommendation engine. But he expects that impact to accelerate and predicted that the world is only five to 15 years away from a time when we can hold a three-person conversation and not be sure which of the three is a machine.

Even then, Hastings believes all will not be lost for the puny human race. As AI accelerates, he predicts that so, too, will the ability to augment our genetic code.

Soon, according to Hastings, humanity will be confronting moral and ethical dilemmas around genetically modified babies that will make today’s debates over data and privacy seem trivial.

The ability to upgrade our genetic code holds the promise of smarter and healthier human beings, which Hastings said may be our best hope for defeating the AI robots.

“Future of intelligence is a race brewing between carbon-based lifeforms and silicon-base lifeforms,” Hastings said. “Both are rapidly evolving. It’s unclear which type of intelligence will emerge dominant in 100, 150 years.”